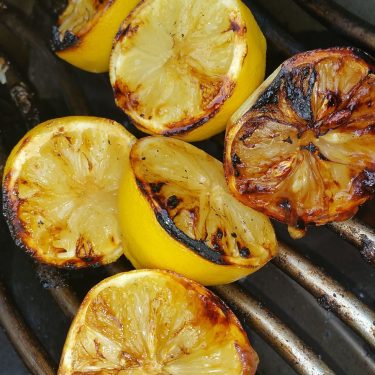 Almost every recipe that BBQ Brian has done on TV over the eleven years of providing BBQ, grilling and cooking tips is welcomed with a range of experiences from surprise to ‘oh, so that’s how you do that!’

Many of the recipes made it into the national bestselling cookbook Grilling With House of Q and even many of his cooking tips.

BBQ Brian says that “There is always something to share, a new tip, an idea or hopefully to help someone be a little more inspired when they are cooking outdoors.”   The TV tips have never really been about the recipe but to share knowledge and skill on how to cook, or what to cook or incorporating new items in to your repertoire.

On this occasion, BBQ Brian shared a favorite from travelling through the southern US – grilled lemonade.  Simply by grilling the lemons you get a smokey taste and a different texture for a lemonade.  This adds to a tasty adult-beverage or cocktail.  Whichever way you prefer your lemonade it can be sweet or more tart by adding less sugar to the citrus drink.

The second part of the TV segment was for a BBQ Caesar – the classic Canadian cocktail crafted originally in Calgary in the 1960’s.  For BBQ Brian, the Clamato juice has Rock’N Red BBQ Sauce added for character instead of the traditional flavourings.  This is all topped off with a seasoning around the rim of the glass that changes the cocktail from average to extra-tasty and that is by using House Rub.  Adding a stick of caramelized bacon, a grilled shrimp, pickled beans, a piece of beef jerky or even a pepperoni stick adds another layer of goodness that deck-party guests will talk about for months.