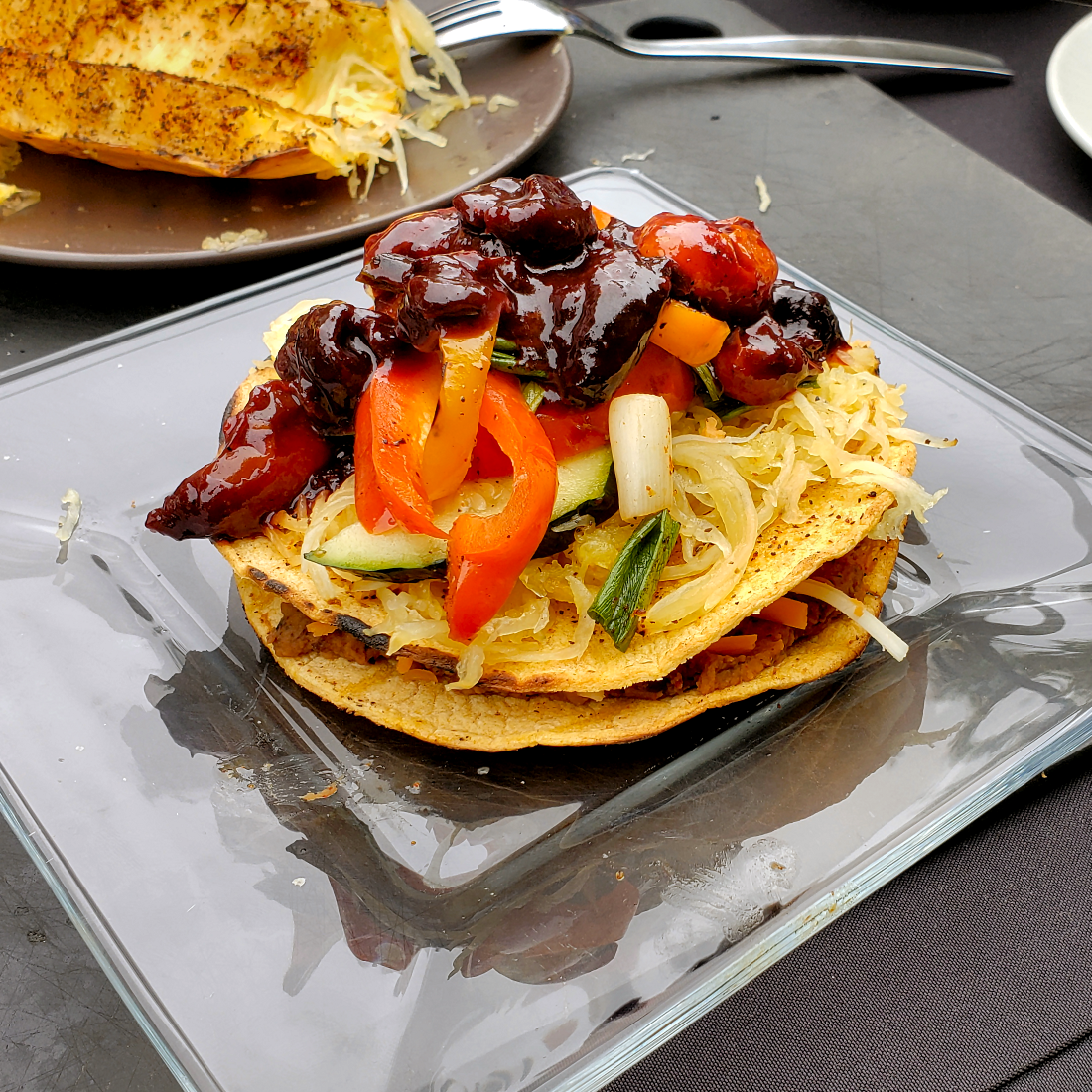 Sure, call it a chutney or a jam or just a layer of goodness, whatever you want to name it, it’s just tasty!

Used as an ingredient in the Grilled Vegetarian Tostada recipe

Start with fresh, local cherries and of course grape tomatoes and add the goodness of your grill. This topping goes great on taco’s, salmon, burger, cheese and crackers and we are sure you will find a few more places to place it.

Originally this recipe was from Ron Shewchuk’s cookbook called Barbecue Secrets and it did not have BBQ sauce in it. We added that for a thicker, more “BBQ-ey” texture. Go ahead, give it a try!

In a bowl, place the cherries and tomatoes. Coat with oil, toss around so they are coated and season with Peppered Bovine. Grill on a preheated grill until they have softened and established some “grill flavour”. Alternately, you can roast them in a cast-iron skillet on your grill to caramelize them up. Either way, place them in a skillet and add the diced jalapeno, stir and continue to saute the vegetables. Add the Five Star BBQ Sauce. Simmer for 10 – 20 minutes until thick and delicious. Add lime juice if you want to add a little acidity. Remove from the heat and place into a bowl. Keep refrigerated.