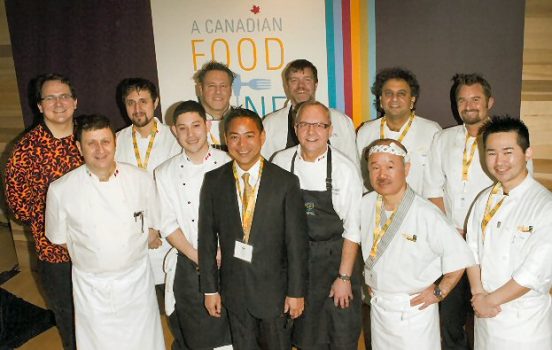 On the first Sunday of the 2010 Vancouver Winter Olympics, February 14th, 2010 to be exact, a BBQ career changing moment occurred that could easily be declared a “pinch me” moment.

The House of Q competition BBQ team had recently returned from competing at the 2009 Jack Daniels World Invitational BBQ Competition.  However, rather than traveling to another place for an event, the world was about to be watching Vancouver and Canada for the Winter Olympics, just like the world is watching Sochi, Russia this month.

BBQ Brian was at the time working part time as a barbecue chef on weekends and evenings whenever he could after working days as a marketing analyst at a software company. Time in the kitchen was secondary in his work life however in his heart it was front and centre.

With the world on Vancouver’s doorstep, an Olympic-sized celebration was to be had especially one that focussed on the bounty that is in British Columbia’s back yard.  BBQ Brian was invited to be one of the celebrated chefs at the BC Pavilion to share some of the province’s best to the international media.

Shortly after this event, Brian decided to focus his career energies on House of Q and competitive BBQ cooking thus leaving the software business after ten years.  To this day, he sees each of the chefs in the room as inspirations and role models.  For that, “pinch me”. The Vancouver 2010 Winter Olympics were indeed a career changing moment for BBQ Brian.