Our Story – Everyone has a Tale to Tell… Here’s Ours.

Scroll through the timeline or the story of House of Q.  It all stated back in 2005 and events are listed as they happened over the years.  We left out a few of the stories because we thought this is just a timeline, not a biography! 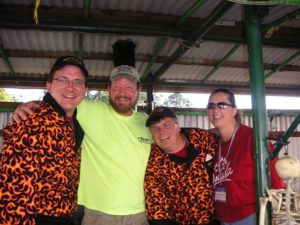 House of Q, only two years into the making, are invited to the National BBQ Festival, the Best of the Best in Douglas, Georgia.  The team participated amongst 60 or so teams and got awards for 10th place chicken, 16th in pork and notably, 10th for Apple Butter BBQ Sauce.
2008
January 31 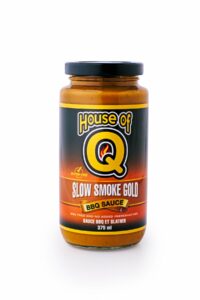 BBQ Brian continued to craft new sauces.  Slow Smoke Gold BBQ Sauce was always used as the very first layer of flavor for competition pork butts and ribs.  It was finally time to add this as the second sauce for the team and company.  Since then the sauce has won..Read More
May 9 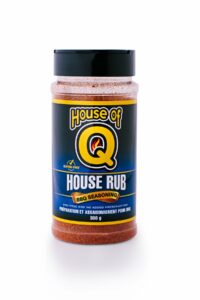 A recipe crafted over and over again finally makes it into a jar and onto merchants shelves.  House Rub is a very well balanced and very tasty.  The spice mix has been a staple seasoning at House of Q ever since!
2009
October 17 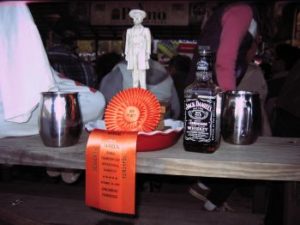 House of Q qualified by winning Grand Championships and was invited to the Jack Daniel’s World Invitational BBQ Competition in October, 2009.  Among the seven different entries the team sent to the judges, House of Q came home with 5th place Dessert.
2010
February 12 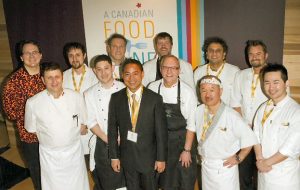 While still working as a data analyst at a software company and rapidly growing his expertise as a grill cook, BBQ Brian was invited to cook at the 2010 Winter Olympics at the BC Pavilion amongst the top restaurant chef’s in the city.  Not long after, he quit his day-job..Read More
June 11 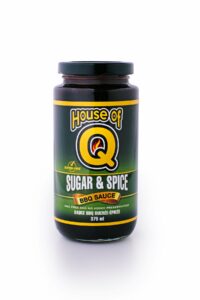 Adding to the strong selling line of BBQ sauces is a spicier, more complex in flavor sauce: Sugar & Spice BBQ Sauce.  This sauce defies categorization with it being super-sweet up front and then becoming spicy!

Keep going…  click onto another “chapter” of the story by seeing the next page.