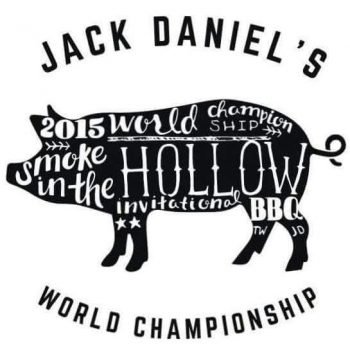 Many competition BBQ Pitmaster’s dream and strive weekend after weekend in parking lots cooking with the desire to be invited to the Jack Daniel’s World Invitational BBQ Championships.

Many try again and again. Most never achieve the opportunity.

House of Q is pleased to announce that they will be one of the teams in Lynchburg, Tennessee representing Canada for the 2015 contest being held in late October.

The contest, which drew 24 countries and 92 teams in 2014, was where House of Q was awarded 6th place for their pork entry.

different Canadian teams with “bungs” in the lottery draw to attend this year.  The bung is the cork enclosure that holds the whiskey in an aging barreland each team that qualifies has a bung printed with their name on it and placed in the lottery. For Canada there are three teams, or bungs, that have been drawn.

Representing Canada will be Danielle Bennett of Diva Q (Ontario), Rob Reinhardt of Prairie Smoke and Spice (Saskatchewan) and BBQ Brian of House of Q (BC).

Let’s get ready to Rrrrrrrrrib-fest!