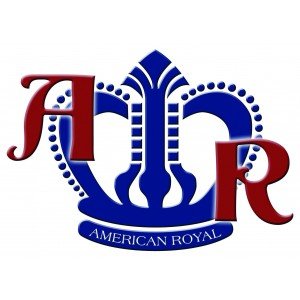 One of the primary tenets of any competitive sport is to be consistent.  House of Q’s BBQ sauces are both tasty, some say addictive, and at the same time consistently winning awards.

The company, a home-based business in Surrey, BC, has been awarded for a second year in a row as having one of the top BBQ sauces in the world at the 34th Annual American Royal World Series of BBQ in Kansas City, Missouri.

The contest is the world’s largest BBQ contest and draws 260 BBQ sauce entries from all over the United States.  House of Q’s entries were the only international entries.  Their Slow Smoke Gold Sauce and Slather (details) was entered in the mustard category and like 2012 was awarded second place for a second time.

BBQ Brian, head pitmaster and creator of the sauces, says the award is “a feather in my cap and is truly an achievement.” “Competing in Kansas City is tough and the judges really, really know their BBQ. This is awesome!”
The company`s sauces are available across Canada at specialty retailers, butcher stores and gourmet stores or online at www.houseofq.com.

About House of Q:
Contact:
Brian Misko
Email: [email protected]
Phone: 778-867-4671
House of Q is an award winning, competition barbeque team based in Langley, BC. The team, led by Brian Misko, has been seen on Global TV BC’s Morning News providing the BBQ Tip of the Week during the summers since 2007.

The team started competitive cooking in 2006 and since then has accumulated awards all over North America. House of Q attended the Jack Daniels World BBQ Championships in Lynchburg, Tennessee in 2009, twice has gone to the Best of the Best Competition at the National BBQ Festival in Douglas, Georgia and in 2012 attended the 33rd Annual American Royal World Series of BBQ in Kansas City, Kansas. Amongst many contest Grand Championships, the team was awarded the 2010 BBQ Team of the Year for British Columbia.

House of Q launched their bbq sauce and spice line in 2007 and their signature Apple Butter BBQ Sauce has been declared the number one bbq sauce in Alberta twice at the BBQ on the Bow BBQ Championships and the 3rd best bbq sauce in North America at the National BBQ Festival in Douglas, Georgia. Their products have a loyal following and are hot sellers at specialty retailers across Canada.

For more information about House of Q visit www.HouseofQ.com