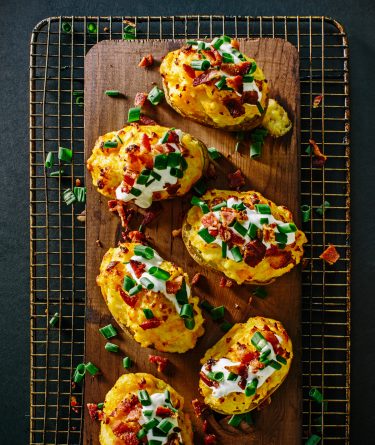 So I love New Years parties. And I love cooking especially on a grill or a smoker. I love cooking so much I even wrote a book called Grilling with House of Q. So putting this all together, I wanted to write and share three recipes that I’d be cooking for my New Years party. Maybe they will help you with your party or maybe I’ll cook them for you!


I grew up (still working on that) in a few different Canadian prairie cities. Towns in fact but none the less, when we had family gatherings there was always one item that was always requested to be cooked and shared. If it wasn’t to be had I really don’t want to know what the consequences would have been…  you see, they were always there!

My fathers background like many on the prairies is Ukrainian and a staple for meals is the perogy. I used to eat dozens of them. Well, cumulatively you think but truth be told, there were a couple of times that the single day consumption was well in double digits. They’re just so tasty!

Years later, I had a craving and I needed a side dish for my dinner.  Perogies would have been perfect from a texture and flavor to add to what I was cooking however I wanted to grill or smoke or something with them outdoors.  This brought on the Smoke-planked Perogy Potatoes.

For New Years, I’d do my best to find small nugget potatoes – the ones that could even be a one-bite, mouth filling, huge flashbacks to be had, complete moment of silence experience.  That’s what I was shooting for…   I think I got it.

Prepare your grill for indirect cooking on medium heat. Place the potatoes on the cool side of the grill, and roast them for 40 to 60 minutes, or until a knife or toothpick can pierce the potatoes and easily be removed. Take the potatoes off the heat, and allow them to cool until they are easy to handle.

Cut the potatoes in half lengthwise. Using a spoon, scoop out the flesh, leaving enough attached to the skin so the potato has some structure. Place the potato flesh in a large bowl.

Melt the butter in a sauté pan on low to medium heat. Add the onions and cook until softened, 5 to 15 minutes. Using a fork, stir the onions into the potato filling, and then mash the potatoes. Add the cottage and cheddar cheeses and salt and mix thoroughly. Adjust the seasoning, as necessary. Scoop this filling into the reserved potato skins. (You can make the potatoes ahead to this point, and then
chill them until you’re ready to finish them at your cookout.)

Prepare your grill for cooking on medium heat. Set the plank on the grill and set the stuffed potatoes on top. Close the lid and plank-roast the potatoes for 20 to 30 minutes. Remove them from the heat once they are heated through and the cheese is melted. Serve on individual plates and garnish with bacon bits and sour cream (if using).

The World’s Best BBQ Ribs are from Canada?!

BBQ Brian to be a 2016 Char-Broil Ambassador